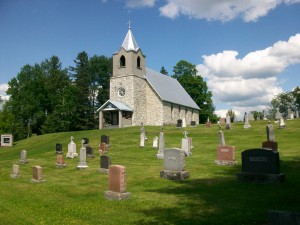 The first Lutheran Communion service was held on July 17, 1872; marking the birth of the Lutheran Church in Thorne, Quebec. In October 1877, the Lutheran congregation purchased a small log building for worship from the Anglican Church for $50.00 and used it until the first stone church was built.  Construction began in May 1896 with the first cornerstone laid.

It was a massive structure; measuring 54ft x 30ft with a 70ft tower and stone walls, 3 feet thick.  The interior was furnished with a magnificent Gothic style alter and pulpit hand crafted by local artisan, John Groneau.

This original church was destroyed by fire on May 2, 1912.  It was devastating loss for the community.  However, the stonework was salvageable and it was decided immediately to begin reconstruction, using most of the original stonework.

Reconstruction was completed and the first service was held on January 5, 1913.  John Groneau built the second alter, pulpit and baptismal font.  All of which still stand and are in use today. 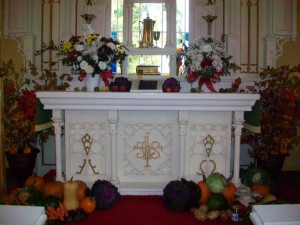 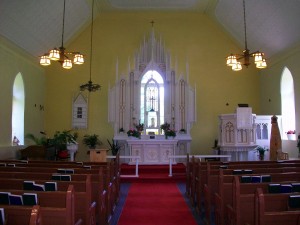 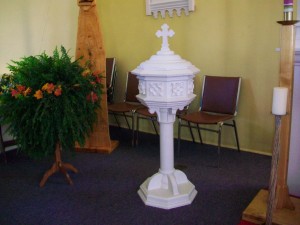